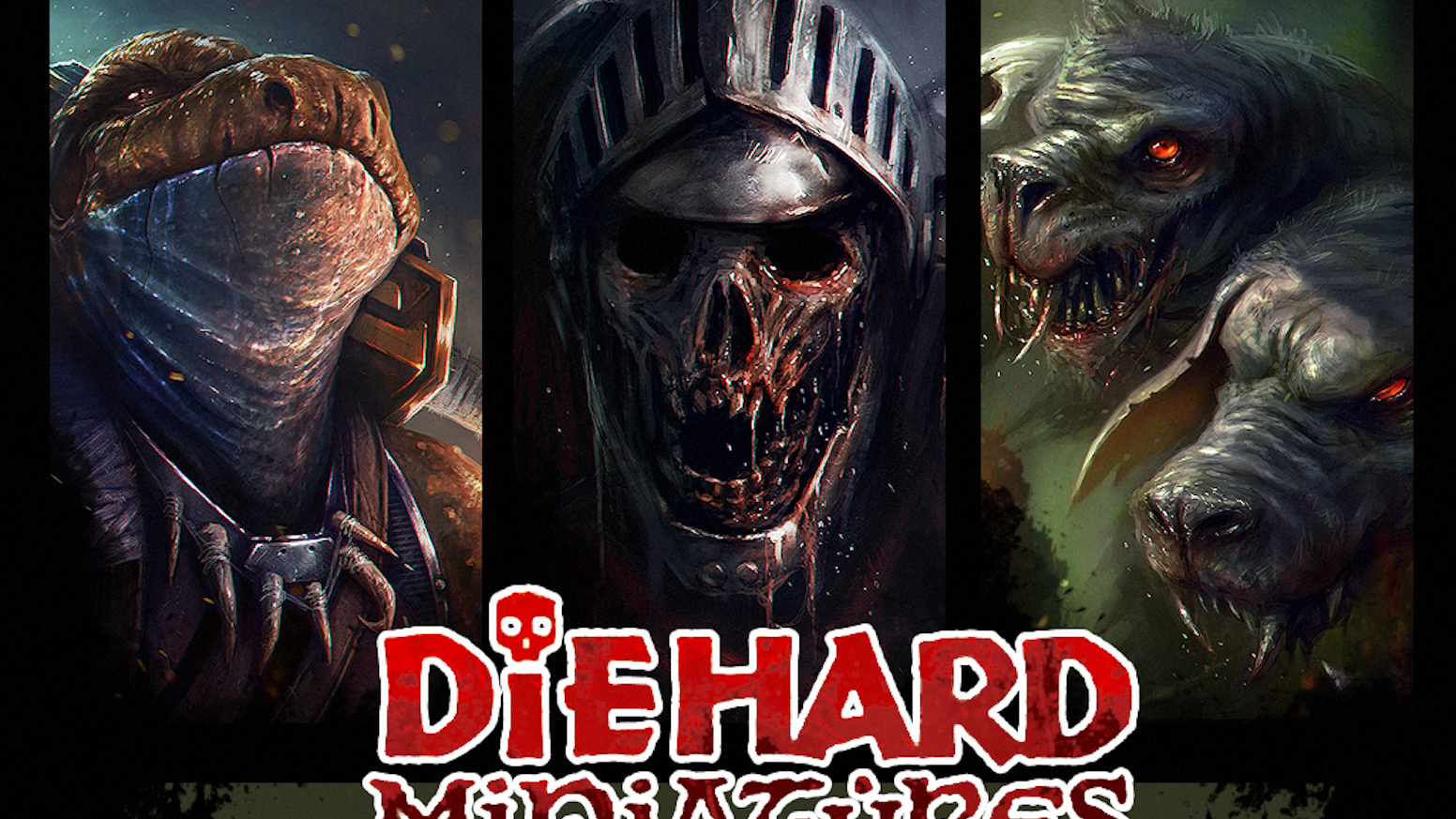 Over the last year, the Figure Sculpting Company Diehard Miniatures behind smash Kickstarter campaigns  Diehard: Fantasy Miniatures, and The Eru-Kin Expansion, encompassing both Fantasy and Sci-Fi miniatures; With small skirmish units to a full armies it seems are teasing something new and exciting with its latest project. The Kickstarter campaign is scheduled to launch this month. 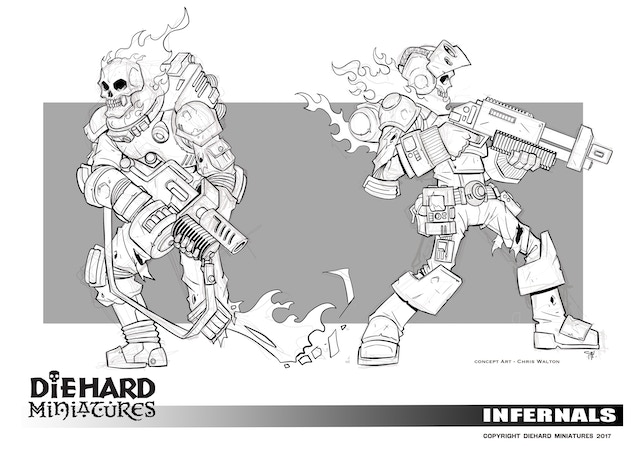 Diehard has been teasing something interesting with their latest Kickstarter, as it hints at some very old school looking but modern styling miniatures.

Now one must be honest, when one first heard about Diehard Miniatures one assumed it was another attempt to cash in on the Oldhammer Movement, as the Mission Statement

stated. However, with a little bit of research, it became clear that this campaign was never going to be that and why the ongoing project is potentially at its heart what the Oldhammer Movement is about, yet pushing boundaries. Here’s why.

Despite having an unfortunate and awkward initialisation that saw Diehard Miniatures Cancel its first Project, after asking for a £35,000 goal, however it became quickly apparent that this was never going to be achieved. So they dropped the Initial project and re-Launched with a smaller request and more focused approach. It also saw that the company took time as to how it approached its campaign and this showed that Tim Prow and others were interested in what they produced, the core ethic and product rather than the bottom line and a potential jump in produce a product, grab cash and drop out again. The product its self is also one that shows the sheer craft and dedication to what they are producing with an ever growing range of dynamic and superbly sculpted miniatures that pack both cool poses and dynamic range. Kickstarter and the Internet is awash with vanity projects, half-assed sculpts and peoples latest get quick rich scheme that offers poorly or worse overworked 3D sculpted miniatures, but these they have a life and show that the time spent sculpting over the years have put the Diehard miniature Sculptures at the top of their craft and it shows.

Well the latest campaign is about to begin and this is what they have on offer;

For those not following us on Facebook or Twitter we have announced our Undead Rising Kickstarter, launching next  Tuesday 10th  October 2017. We are following the same format as our first two KS (why fix Whats not broken!), we do however have something new! Diehard will be adding original concept art to three of the pledge levels, so if you are interested in buying some awesome art get in early as there will only 3 pieces up for grabs!!
We are also repeating the prize draw competition of a half price order and a completely free one!! All you need do is place your pledge of £30+ or £60+ respectively before the 20th and not let it drop below the amount before the end of the campaign, its that simple 🙂
As always we have added a few other miniatures for those interested in our other factions, and we’ve got all of Diehard Miniatures back catalogue on offer as well. If you’ve missed out on a previous KS, or just want to add to miniatures you’ve already bought, then check out the ‘Add On’ section towards the bottom of the page.
Both our previous Kickstarters shipped on time with over half shipping slightly earlier. We anticipate the same happening again this time round as most of the sculpts are already made and master moulded. Our caster is on the ball and producing some lovely stuff 🙂
Thank you for your continued support, and I hope to see you again for our third release!!

What makes the Company interesting is it’s absolutely stacked with top talent, Chaz Elliott and Drew Williams, and the artist is Richard Luong (most recently known for his awesome work on Cthulhu Wars). At its head is the esteemed Tim Prow, a stalwart of the Miniature industry who has seen over a decade as Sculptor and Chief figure painter for Games Workshop and over the past 20 years has been seen his talents at Center Stage Miniatures, Ral Partha, AEG : Clan War, Iron Wind Metals, Reaper, Magnificent Egos and Dark Fable Miniatures amongst others. And Diehard Miniatures has gone from a personal pet project to something that is becoming a serious miniature business competitor.

However, we are also starting to see new concept art by Chris Walton who brings a whole new fresh look to the miniature concepts and art. The concept art looks dynamic and fresh, the Infernal Sci-Fi Troops have a dynamic look and yet playful, its refreshing.
So what is the future of this project, well from the Concept art and for me a lot of pain with regards one’s Wallet being hit hard the Warbot, Infernal’s and new Undead this is looking to be a great Kickstarter and a real treat:

TP: These will be 28-30mm scale figures. All the humanoids are between 28mm to 32mm (Eru-Kin starting at 28mm and Orcs at the top end at 32mm). Next size up are the snakemen at 40mm, they are slightly larger creatures and do 40mm well. Next are the ogre-sized monsters they are roughly 50mm tall (Troglodyte, Troll, and Chaos Ogre as examples). Gnomes are 20mm, Dwarf and Goblins 25mm.