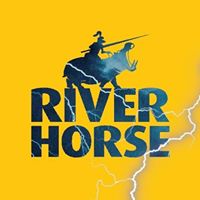 It seems that new the year is not over for some and certainly the work load as River Horse has announced plans (apart from rumours over an Arthurian game .Ed) to produce a new board game after obtaining the license for the movie Highlander.

The company has released few details about Highlander:  The Board Game,
other than announcing that it is set in the same universe as the 1986 film staring
Christopher Lambert, the new board game In Highlander, The Board Game, utilises an interesting concept of utilising the Immortals ability through certain circumstances like Connor is a strong choice for
the early portions of the game. His high influence (owing to his
charming personality) allows him to find the allies he needs to keep his
unique ability in use. Connor is the immortal that most relies on his
allies, his friends, and when he loses them he can harness his pain into
a weapon that can be used against his enemies.

“The first character available for play in Highlander, The Board Game is Connor MacLeod, of the clan MacLeod.

Born in 1518 in the village of Glenfinnan, on the shores of Loch Shiel,
Connor MacLeod grew to manhood in the rolling highlands of Scotland. As a
youngster, he was headstrong and impetuous, a known rascal and thiever
of sheep. Kept from the worst of trouble by his kinsman, Dougal, Connor
was a favourite of his uncle, the Clan Chief, Angus MacLeod. Here, he
learned to wield a claymore and temper his rougher edges. A few
skirmishes with cattle reivers and rival clans (especially the MacLeod’s
longtime rivals, Clan Fraser) saw Connor acquit himself well enough to
gain a reputation as a courageous warrior. A handsome man, he had no
shortage of interested women, and he married his childhood sweetheart,
Kate, at the village Wishing Stone.”
River Horse Games has announced they plan both to produce the new licensed board game based upon the classic action movie Highlander through the crowd funding website ‘Kickstarter’ with a campaign to fund in January 2018.
Of cause River Horse is certainly no stranger to developing and creating board games and games based upon iconic films, with its successful Labyrinth:  The Board Game recently spawning a new expansion and the release The Dark Crystal a game based on Jim Hensons classic film and graphic novels of the same name. So exciting times ahead in 2018, as their can be only one.

GW & Ninja Division Licence Deal–Latest  In what has been seen as a sudden flurry of activity by GW with the release of new AoS Generals handbook, BloodBowl, Necromunda and other exciting activities like the […]

So it seems like Nottingham is living up to its reputation as the Gaming development hub with the latest news from two new games companies, Room 17 a Board games Company and new start-up Needy Cat […]