Sky Relics: Fleet Action navel 1:2400 scale skirmish game, now on Kickstarter
Ok while I am aware this is a blog about local Lead Belt news, however one of the illustrators is from the leadbelt and assists with the running of the games club that we are affiliated with so I will cover it. It also highlights how companies and gaming companies are now more multi world lead rather than just a couple of local guys, yet how the gaming community embraces local and world in the same approach.

Sky relics is a Battlefleet game, where players command fleets of Iron Hulks to do battle in the skies for their Nation or for glory.”

This new release from Sky Relics builds upon the history and knowledge of the previous systems and experience, to develop this new and exciting 1:2400 scale navel skyship game. Players begin by placing relevant numbers of highly detailed resin skyships called Sky Relics in place, and through clever manoeuvres and dice rolls attempt to fulfil the objectives of the game or kill their opponents, to determine success or failure.
“We’re incredibly excited to be bringing Sky Relic Games’ best previous game properties to life in this amazing new venture,” said Derek Heath in a press release podcast. “Sky Relics really is made up of very creative types who love tabletop miniature wargames, roleplay games and board games and we are striving to create games that capture the best aspects of all the gaming media to both entertain and develop the game with our fans and backers.” 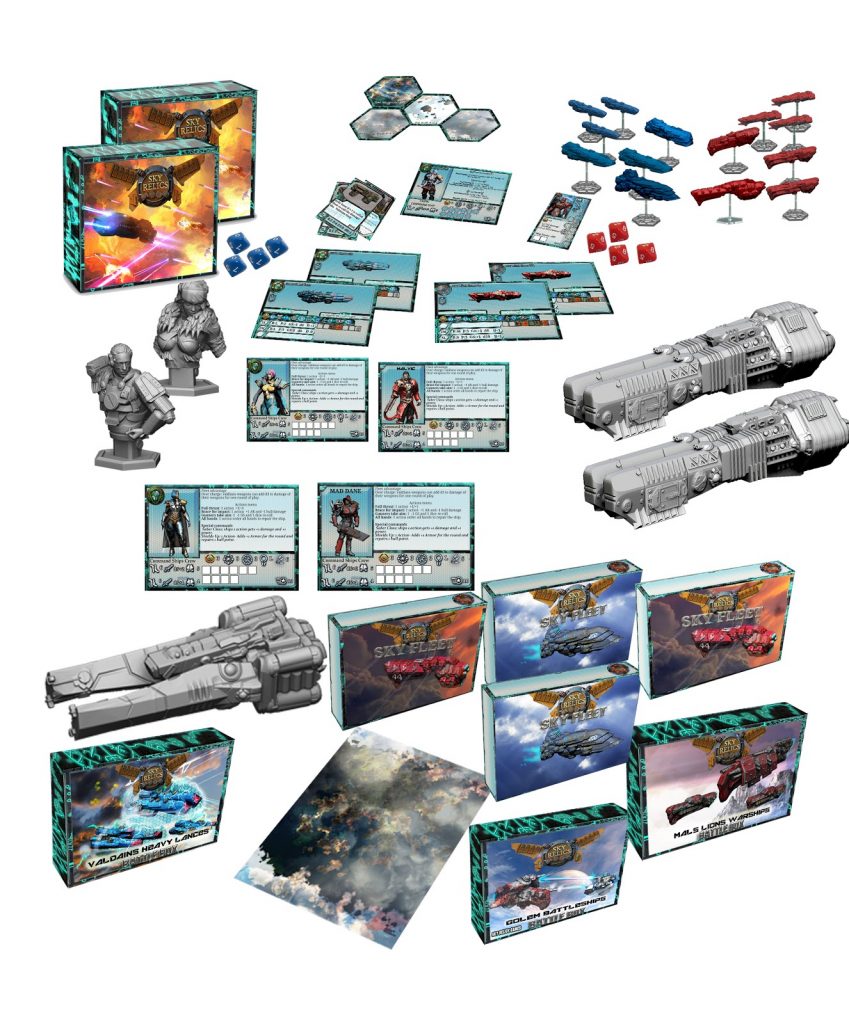 The skirmish rules are designed to be simple to learn but pack hidden layers of complexity and teach new players while allowing more experienced one’s opportunities to develop winning strategies through careful manoeuvres and placement strategies. The aim, A high tech fantasy dice game where you Build your fleet and rise up to defeat your enemies in this 2-5 player miniature board game based in the world of Targus. Playing the Game Players take on the role of Ship captains, using the ancient Artefact magic’s and technology to control your air ships Ships are represented by highly detailed resin miniatures Each turn players plan their moves and organise their ships in the order they wish to play them. Tactics and Strategy cards to enhance your Sky Ship, sabotage your opponents and change the direction of the game Variety of Play: includes skirmish battles and an adventure mode to consistently update and expand your captain’s story.

Why buy the game??? A combination of card and Miniature driven mechanics with a streamlined combat system Exposes a game theme to a broad range of people & play styles Easy to set up, take down and store. Just stuff back in box Part of an expanding system, which will evolve over time
Sky Relics – Fleet Action is a 2+ player game, for ages 13 an older and takes approximately 45-90 Minutes to play, and the box set includes; 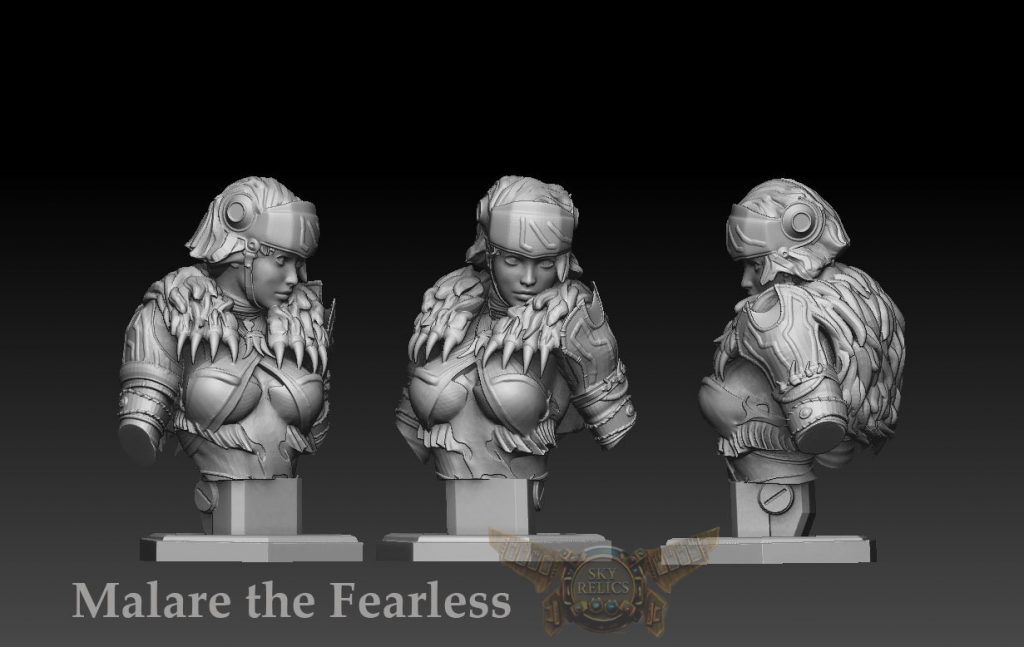 Who are Sky Relics

Derek is in charge of the business operations for the company, and is the primary designer of the game’s look and feel as well as a lot of the rules. Matt has been assisting with areas like graphic design, writing and aspects of the social media and web aspects of the company. For this new and invigorated version, both these two have had a hand in providing the stunning artwork, assisted in rules and operation by Michael Prefontaine, Jose Luis San Sanchez Castro and Dennis Seiffert. Sky Relics LLC is an independent developer and publisher, established over 5 years ago, and have self-published game rules, produced high-quality resin cast miniatures and printable material. Visit us at below:
Press Release packs and information are available here: Press Pack & Images or https://goo.gl/VhJWTR